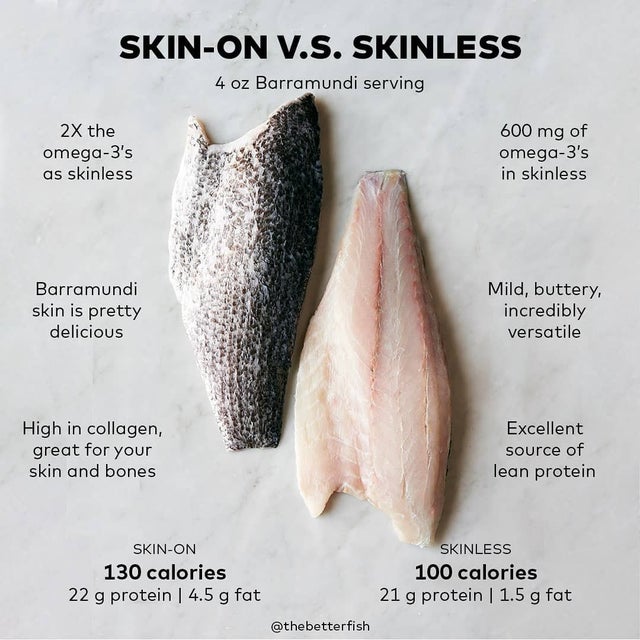 A relative newcomer to the U.S. seafood market, barramundi is finding a place both at high-end restaurants and mid-scale retailers, where its versatility and eco-friendly reputation have earned it a following. Australia’s Aborigines dubbed this species barramundi, meaning river fish with large scales; it spends most of its life in rivers, migrating to estuaries to breed and then returning to its original river system. A member of the sea bass family, barramundi is native to Australia’s northern tropical waters and parts of Southeast Asia. A lot of barramundi is also responsibly farmed in sea cages.